TEMECULA, Calif., February 10, 2022 (GLOBE NEWSWIRE) -- A January survey by employee listening leader Perceptyx shows that a hybrid workplace is superior to remote work on a host of well-being measures. Hybrid employees – who work at both in-person and remote workplaces – report greater improvements in work-life balance and mental health, more time for exercise, and a greater intention to stay at their current company than their peers working full time at home or at a physical office.

While many managers believe having workers at the same physical location strengthens their relationships, hybrid employees are reporting the opposite in this survey of 1,400 working Americans. Only a third of fully remote workers and fully in-person workers say they have stronger relationships in the office compared to last year. But more than half of hybrid workers (53%, compared to remote workers’ 34%) report the same thing, indicating that it’s not how much time they are spending with in-person coworkers, but how purposeful those in-office interactions are.

Measures of burnout – closely linked to churn rates – are also much better for hybrid employees. These workers are 50% more likely to look forward to starting their workdays and feeling like they make a meaningful contribution to their workplace. They are nearly twice as likely to feel energized by their work than either their fully remote or fully in-person counterparts.

“The key to making hybrid work successful is autonomy. Dictating certain days on-site is just as ineffective as requiring 100 percent in-person. When employees get that autonomy, they thrive,” said Emily Killham, Director of Research and Insights at Perceptyx. “Organizations who want to compete for talent will have to find creative ways to offer that autonomy, even for on-site jobs. Flexibility in work scheduling gives employees the room they need to manage their lives and be more engaged during the workday.”

Despite the positive reports from hybrid employees themselves, Perceptyx found that the gap between how managers and employees view productivity and their physical location has only grown wider. A surprising 45 percent of leaders think their team members’ relationships will grow stronger when the whole team is at the same location, while only 17 percent of employees think the same.

As Perceptyx found last year in its study on officism, managers and leaders show a bias toward believing those in the physical workplace are more productive. Compared to individual contributors, managers are three times as likely, and leaders are five times as likely, to say that remote workers are less productive than in-office employees. This contradicts what the employees themselves are reporting – hybrid workers were the most likely of all employees to say their own productivity is up, while in-person workers were most likely to say their productivity is lower than the year before.

“These findings don’t mean that every employee must have a remote option, but it does point the way on how to keep employees engaged,” said Killham. “Officism clearly still exists, especially among managers and leaders. So organizations must start tracking development opportunities, performance ratings, and promotions based on the physical location of their employees. That way they can be prepared to correct any bias that the data shows and strive toward an equitable workplace.”

More data is available in the full report, Why Hybrid Work is the Winning Model for Healthy Employees and a Healthier Organization. 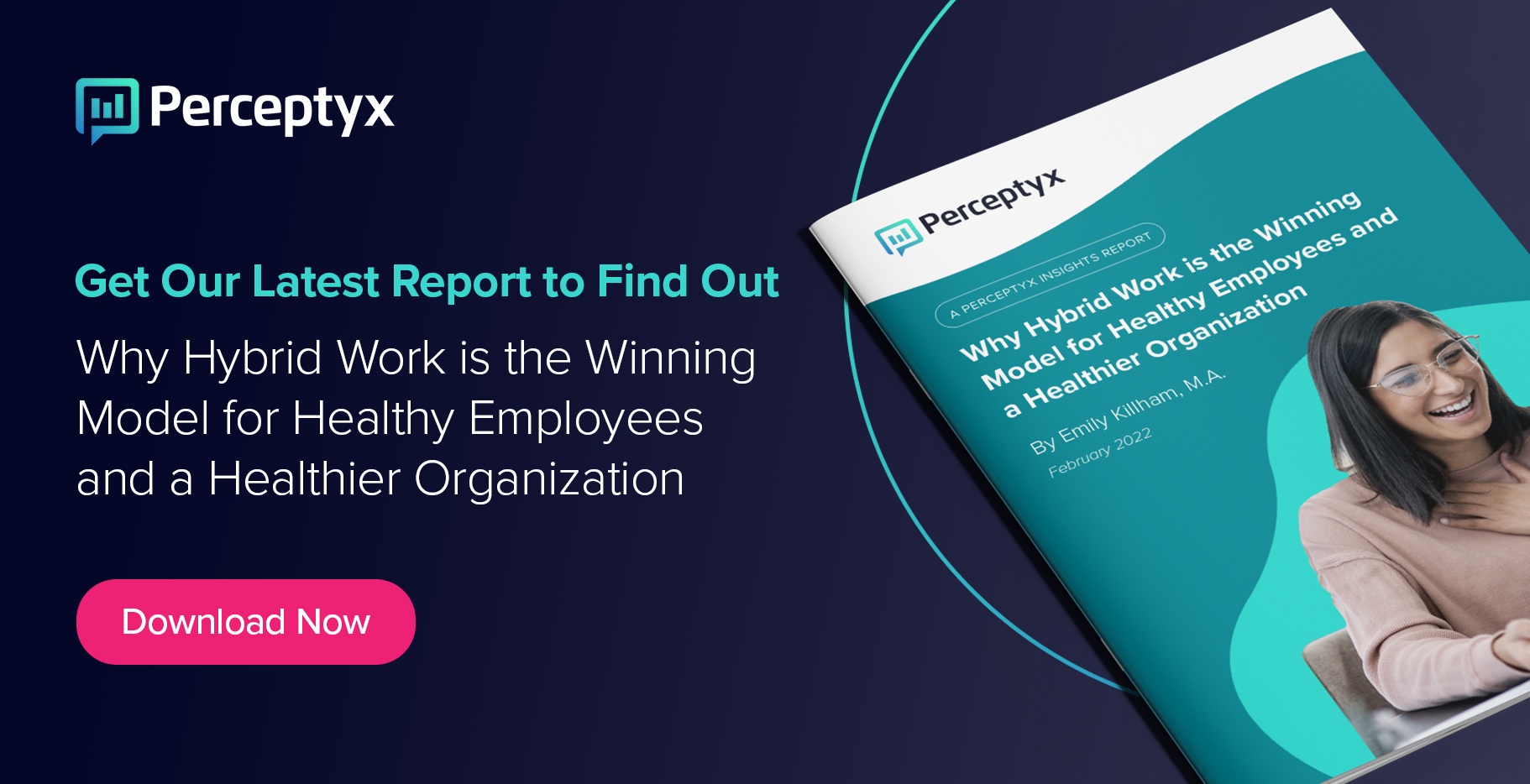