Perceptyx: One Third of All Employees Are ‘Working Dead’ — Unhappy, Unmotivated, and Staying Put

Research reveals widespread dissatisfaction among US workers, but ‘antidote’ is within reach

TEMECULA, Calif., October 28, 2021 — Hopeless, aimless, and dispirited: that’s how one in three US workers gets through the day, according to a new report from employee listening and people analytics company Perceptyx.

The conclusions come from an analysis of data from 15 million employee survey respondents in Perceptyx’s HR Benchmark Database, including responses from one-third of the companies in the Fortune 500. The study gauged employers’ performance in three categories: people management, employee development, and workplace climate, defined as the organization’s commitment to respect, inclusivity, and overall psychological health.

The findings were eye-opening: 13% of employees (The Neglected) did not have needs met by their organizations in any of the three categories. They were burned out, angry, and likely to leave. A much larger group, 34% of respondents (The Disconnected) had one of their needs met—but just barely. Employees in this group tended to be discontent and unmotivated. And notably, most had no plans to depart.

“It’s a bad sign when nearly 50% of your employees are unhappy. Employers are rightly worried about those who will quit. But in some ways I’m more concerned about improving the conditions for the group that stays than the group that leaves,” said Perceptyx Director of Research and Insights Emily Killham.

“Employers need to make engaging The Disconnected a top priority. The alternative is to write off a third of their workforce as the working dead,” Killham said. “That’s not just unproductive, it’s fundamentally unfair. Employees aren’t disconnected by nature—and they don’t have to stay that way. Employers have the power to energize their employees, but it takes active listening, deep understanding, and most importantly, the willingness to act.”

Perceptyx found that Disconnected employees show dissatisfaction in three distinct ways, based on their unmet needs.

Despair: Employees who feel hopeless about their organization’s climate and don’t see a path forward drift through their jobs in a state of frustration. They are 35 times less likely to feel optimistic about the future of the company than Energized employees, 6 times less likely to feel a sense of personal accomplishment in their work, and 50 times more likely to indicate they don’t understand the expectations of their role, department, or organization. Only 25% are willing to put forth extra effort, and 23% say they wouldn’t chip in something extra (a rate 4.5 times lower than those whose needs are met).

Indifference: Employees who don’t feel their workplace is functional or healthy, but expect to stay on, become numb and detached, just going through the motions. Though unlikely to promote their employer, they are also unlikely to disparage it. However, they are less than 33% as likely to recommend the organization’s products and services as Energized employees. Indifference also manifests in a lack of concern for safety in the workplace, as these employees are only one-third as likely as Energized employees to report safety issues.

Despite these challenges, Perceptyx says Disconnected employees can be reached with engagement programs tailored to the needs of each group. Perceptyx has developed technology and methods for identifying groups most at-risk of leaving a company within six months, or worse, those who are dissatisfied and remain.

“Despite everything we’ve heard about the Great Resignation, employers have at least as big a challenge inspiring the employees that stay with them. This study suggests that one out of every three employees is just getting by—at best. That should be a wake-up call for organizations of every size and category,” Killham said.

“There’s no one-size-fits--all solution to this problem, but every solution starts with measurement. With the technology and methods Perceptyx has devised, we can form an action plan based on data, rather than guesswork, and identify problems before they become full-blown disasters or mass resignations. Once HR leaders have specific, actionable insights, it becomes much easier to prevent problems, rather than just react to them.” 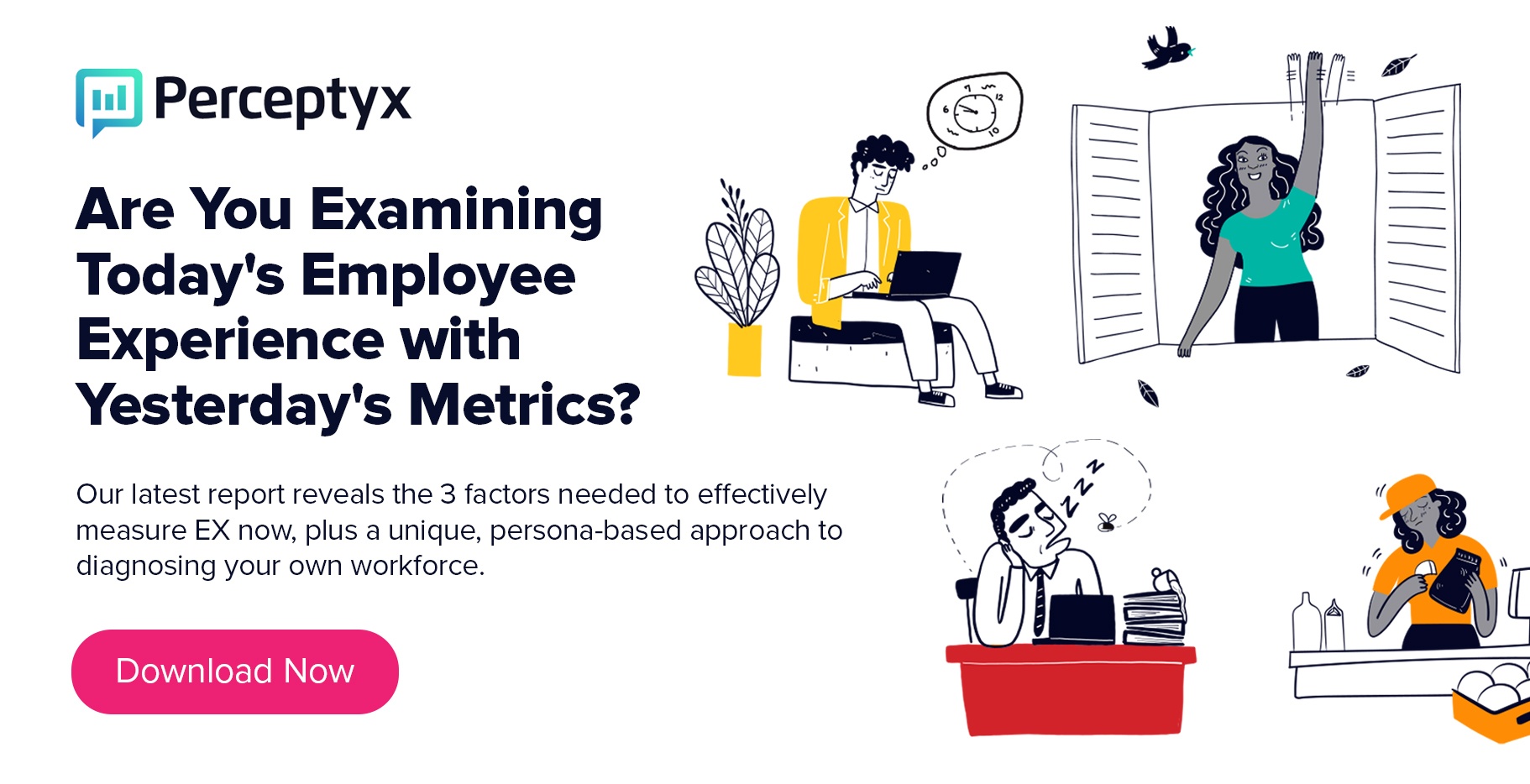