How Did the Pandemic Impact Talent Onboarding and Retention?

The most recent job numbers are out, and in May 2021, the rate of laid off or discharged workers hit a record low -- 0.9% -- as job openings hit a record high of 9.2 million. Even as companies struggle to find new hires, even more important is the need to hold on to the employees they already have, including the millions that were hired during the pandemic, many of which were recruited and onboarded remotely.

But economic data, as well as the findings of Perceptyx’s recently released research, shows that there’s a significant, and potentially costly mismatch between current job openings and the interests of active job seekers.

Even when companies were successful in attracting new hires, employees who onboarded during the pandemic reported they had less clarity about their new roles and felt less connected to their team and the organization.

The data also highlights the longer-term ramifications of a disconnected onboarding experience for organizations adopting a fully virtual or hybrid workplace model, as well as the specific role of managers in helping to salvage the ‘honeymoon period’ typically seen in the early months following onboarding. 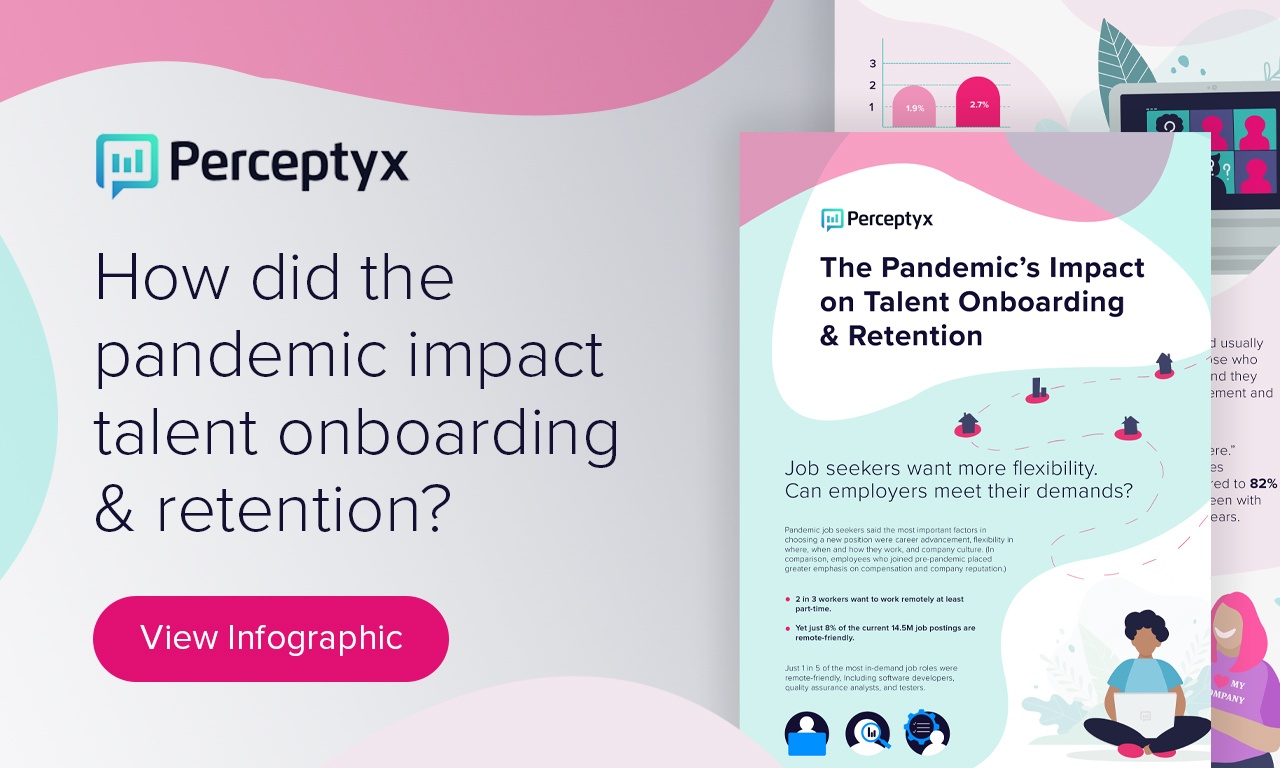 For more information on the pandemic impact of employee onboarding and talent retention, download the full Perceptyx Insights report today.