Over the last year, focus on inclusion in the workplace has increased, with research highlighting how inclusive work environments foster greater engagement, a sense of belonging and improved organizational performance. However, LGBT+ inclusion is often not explored within organizations to the same extent as other marginalized groups.

LGBT+ issues in the workplace are not new, yet, pandemic research by McKinsey highlighted how LGBT+ employees report more work-related challenges than their heterosexual/cisgender colleagues, including increased workload, stress over performance reviews, as well as feeling less connectivity and belonging. These factors are thought to contribute to LGBT+ employees reporting more mental health challenges.

What Does LGBT+ Mean?

There are many acronyms used to describe non-heterosexual/non-cisgender identities but LGBT+ is the most commonly used. It refers to someone’s sexuality, gender and sex. To understand the complexity and fluidity of the LGBT+ community, we need to view sexuality, gender and sex as being on spectrums, rather than binary. For example, gender should be viewed as including cisgender people (people whose gender they identify with is the same as the sex assigned at birth), transgender people (people whose gender identity is opposite than the sex assigned at birth) and non-binary (people who do not identify with any gender). Gender isn’t just male and female, and thinking of it in binary terms excludes a whole host of gender identities and experiences.

The language we use to refer to LGBT+ employees is extremely important for inclusivity, but this is where people make the most mistakes:

These are just a few examples; however, it is most important to reduce heterosexual bias and consider the nuances of the LGBT+ spectrum. If we view LGBT+ as a homogenous group, then it stops us from addressing important challenges. We cannot combine problems faced by lesbian, gay or bisexual workers with trans and non-binary workers, as it can be harmful since sexuality and gender identity are different.

Why are there workplace barriers that prevent inclusion of LGBT+ people?

In society, we have normalized beliefs that gender is binary and sexual or marital relations are between people of the opposite sex. These beliefs are reinforced everywhere; in shops there are women's and men's sections, in media gender/sexuality tends to only be reported if it differs from the norm, and gender reveals use colors to assign gender to the a baby before they are born (e.g., pink for a girl, blue for a boy).

Workplaces were built upon these beliefs that reinforce a heterosexual, binary view of employees, according to researchers Eddy Ng and Nick Rumens . And these beliefs extend to leaders; research shows that levels of effective leadership were perceived as lower for gay leaders compared to heterosexual leaders. Similarly, a study from Benjamin Liberman and Frank Golom found that heterosexual individuals who share similar traits to their heterosexual managers are more likely to be perceived as manager prototypes.

Consequently, LGBT+ employees may try to present a false version of themselves to “fit in.” In worst cases, keeping up this pretense becomes difficult and they exit the organization. These barriers to career advancement prevent LGBT+ employees from bringing their authentic self to work.

Wording in policies is also still problematic for non-cisgender people, as policies tend to include binary pronouns. Not only are many policies not protective of LGBT+ people, some aren’t even inclusive of their identity.

Lastly, there is the sense of invisibility many LGBT+ people feel. If you think about it LGBT+ people are the only ones who “come out,” otherwise their sexuality/gender identity remains invisible.

LGBT+ people then have two options, conceal or disclose, and must weigh up the pros and cons of both. Concealing might reduce embarrassment, especially if colleagues have made an assumption about their personal life—but that can be a heavy labor to bear. Concealing means they cannot bring their authentic self to work which can negatively impact wellbeing.

On the other hand, disclosure can lead to LGBT+ employees becoming a target of discrimination, such as bullying. LGBT+ individuals often then find themselves in a Catch 22 situation.

LGBT+ Based Discrimination at Work

Stonewall found that lesbian, gay and bisexual people are more likely to be unemployed than heterosexual people, while transgender people are the most unemployed. They also found that 18% of LGBT+ people who were looking for work, were discriminated against because of their sexual orientation/gender identity, and 35% of LGBT+ people looking for work worried about being discriminated against.

Stonewall also found that employed LGBT+ people are paid less. The Williams Institute reports that in the U.S., gay and bisexual men earned between 10% and 32% less than similarly qualified heterosexual men, while a 2019 YouGov for LinkedIn survey found that UK LGBT+ employees took home on average £6,703 less per year than their heterosexual/cisgender colleagues. For transgender employees, the pay gap is harder to measure because pay gap legislation only requires employers to report on men and women.

Career opportunities can be limited for LGBT+ employees. The bottleneck hypothesis suggests that the stress people experience during the development of their identity, such as bullying, can negatively impact their career development. Stress reduces cognitive resources by dividing them between identity development and career development.

For example, a heterosexual male, who can bring his authentic self to work because the social and workplace norms enable him to, can focus more cognitive resources on seeking career development opportunities than someone who might be non-binary. LGBT+ individuals who have identity challenges may miss out on career opportunities that other heterosexual/cisgender colleagues, who do not struggle with identity development, have easier access to.

Additionally, LGBT+ protection legislation differs globally and can limit career options for LGBT+ employees. International travel is often cited as a requirement or benefit for job roles, however, for LGBT+ employees international travel can present the risk of persecution. In 70+ countries, being openly LGBT+ is punishable by imprisonment, while in 8+ countries it is punishable by death. Work-related travel can therefore be a barrier for certain career opportunities, forcing LGBT+ people to make careful decisions about their careers.

LGBT+ employees who decide to disclose their identity often face jokes and invasive questions about their personal lives, as well as more sexual harassment from colleagues. According to Stonewall, 12% of lesbian, gay and bisexual people wouldn’t feel confident reporting homophobic or biphobic bullying to their employer and this number increases to 22% among younger lesbian, gay and bisexual people, age 18 to 24. One in five LGBT+ employees have been the target of negative comments or conduct from colleagues, including being the target of derogatory remarks, bullying, and being outed without consent. This rises to a third for trans people.

The experience is sadly worse for trans people, with one in eight reporting being physically attacked by customers or colleagues. For many organizations, LGBT+ discrimination remains a hidden problem, because some LGBT+ employees do not  report incidences due to fear of negative impact on their career and work relationships or fear that the person they are reporting won’t be punished.

Why does LGBT+ discrimination still exist in the workplace? The basis of most LGBT+ discrimination at work has been suggested to be because people associate the LGBT+ community with sexual/promiscuous behaviors. For example, research has found that employees conflate discussions of LGBT+ identity with discussions about sexual behavior. As a result, many people feel that LGBT+ topics are private or sensitive and not topics for the workplace. Therefore, many organizations don't discuss LGBT+ inclusion problems because they feel uncomfortable doing so.

Although the statistics are bleak, organizations can remove barriers and prevent discrimination to increase inclusivity of their LGBT+ employees. In our next blog, we will cover how organizations can better develop policies that are both protective and inclusive of LGBT+ employees, increase social support from colleagues, educate employees and use survey data to better understand LGBT+ experiences in the workplace. 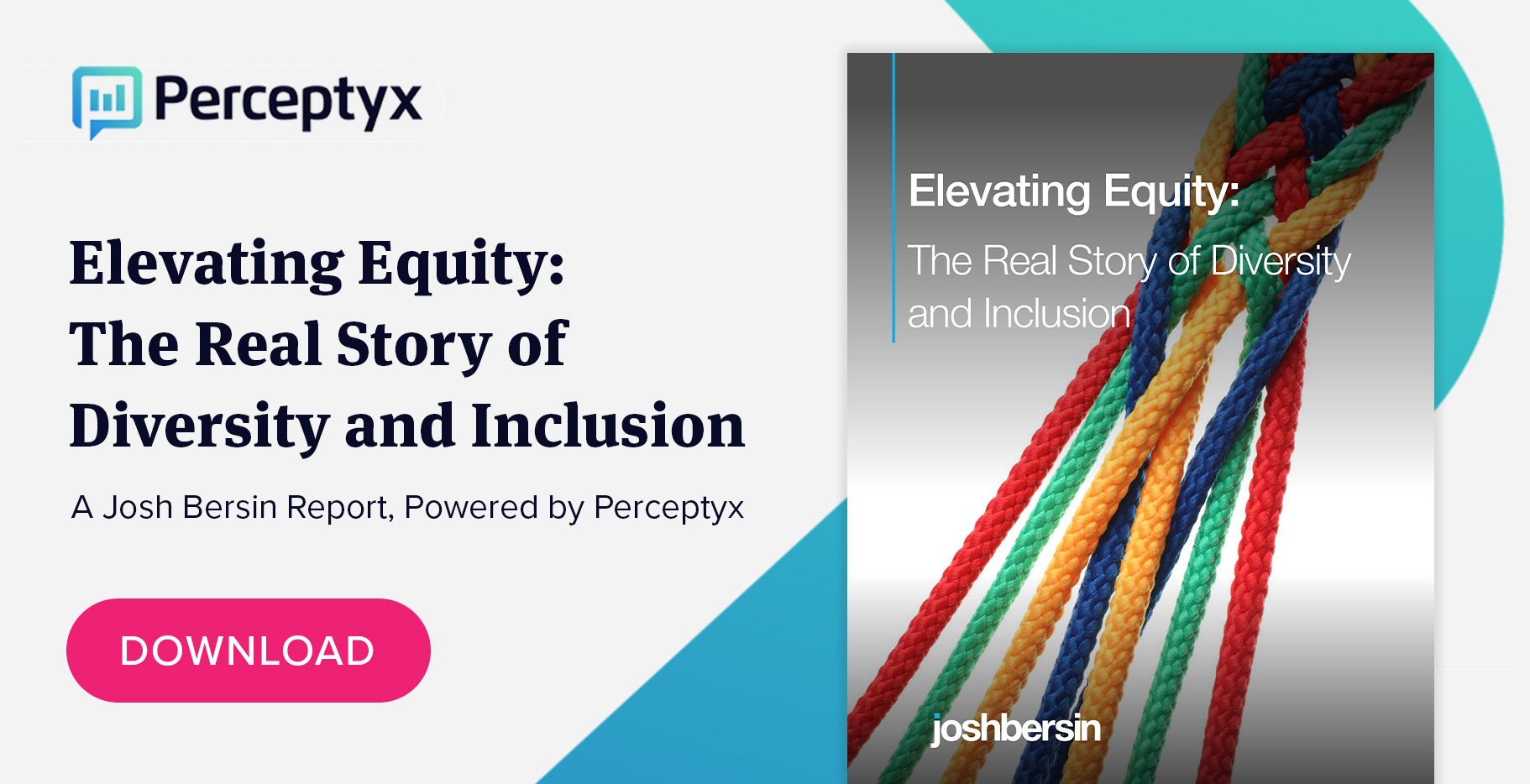